On a brisk November evening in 1776, General Washington rowed from Burdette’s Landing just below Fort Lee into the middle of the Hudson River. There he held a strategy session with his senior officers to discuss the impending British invasion. From this vantage in the Hudson, Washington could see the twin forts known as Fort Lee, on the New Jersey side, and Fort Washington, at the northern end of Manhattan. He had ordered both forts built the previous summer to block the British forces from moving upriver – and to provide a secure escape route if necessary. His plans were about to be put to the test.

Named after General Charles Lee, Fort Lee was built high on the crest of the Hudson Palisades, where it afforded a commanding view of the Hudson River and Fort Washington on the opposite bank. A ferry operated from Burdette’s Landing, serving as a critical link and supply line between the two forts, thus beginning a long and historic relationship between Fort Lee and its neighbor across the river. (The aptly named George Washington Bridge would go on to become the modern link between the two.) 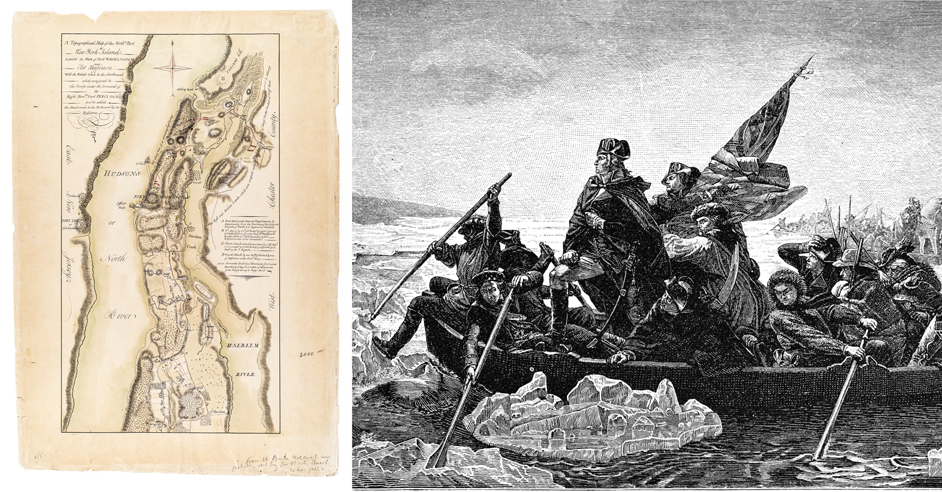 Washington was a regular occupant of Fort Lee. It was, in fact, from Fort Lee’s bluff that he witnessed British forces invading Fort Washington on November 16, 1776. The British swiftly defeated our troops trying to hold the fort, and the Royal Navy soon gained control of the Hudson. The U.S. rebel troops across the river at Fort Lee were rendered defenseless.

Four days later, the Battle of Fort Lee began when 5,000 British soldiers ferried across the river on barges. Faced with certain defeat, Washington led his troops in a hasty retreat, beginning along a road that is now Main Street in Fort Lee, continuing westward across the Hackensack and Passaic Rivers, and eventually crossing the Delaware River into Pennsylvania. It was during this retreat that Thomas Paine penned this famous line: “These are the times that try men’s souls.”

FROM FREEDOM FIGHTING TO FILMMAKING

Fortunately for future Fort Lee residents, times became far less trying. The borough of Fort Lee was officially formed on March 29, 1904. With its panoramic views of the Hudson, proximity to Manhattan, and affordable real estate, it quickly became a sought-after location, both for families and for filmmakers. Indeed, American cinema history traces its roots to the East Coast where, at one time, Fort Lee was the motion picture capital of America.

The movie industry was born at the end of the 19th century with a motion picture studio created by Thomas Edison in West Orange, New Jersey. The Hudson Palisades greatly benefited from the phenomenal growth of the film industry, which attracted both investment and an innovative workforce. 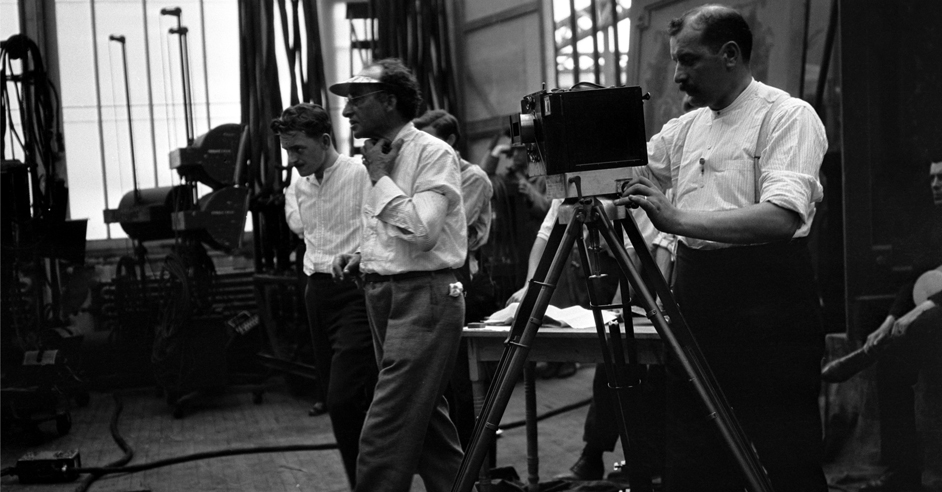 When the Kalem Company began using Fort Lee in 1907 as a location for filming, other filmmakers quickly followed. In 1909, a forerunner of Universal Studios built the first studio in Fort Lee, and soon after, Goldwyn Pictures, Fox Films, and Selznick Pictures, among other studios, were all making pictures in Fort Lee. Mary Pickford and other early movie stars got their start in Fort Lee.

Over the next two decades, Fort Lee enjoyed prosperity as offshoot businesses sprang up to service the film studios. Though filmmaking shifted significantly to the more hospitable climate of the West Coast by the 1930s, television and film remain important industries in New Jersey, and Fort Lee in particular, where the Fort Lee Film Commission has been charged since 2000 with celebrating the history of film in Fort Lee, as well as attracting film and television production companies to work here.

The same advantages of location, location, location that first attracted movie moguls to Fort Lee a century ago continue to attract other movers and shakers to the crest of the Hudson Palisades today, where Fort Lee presently boasts a vibrant and diverse population of more than 35,000 people.

A beacon of light on the very same bluff chosen by George Washington all those years ago, The Modern calls to the innovative spirit of those newly discovering the wonder of Fort Lee.