Fort Lee gave birth to the motion picture industry, so it’s only fitting the city remains home to exceptional cultural experiences. Whether it’s the latest Hollywood release, a live performance in nearby Englewood or a walk down memory lane, great entertainment is a short distance away from life at The Modern.

An ordinary night at the movies becomes extraordinary at the iPic Theater on Hudson Street. One of the pioneers in the dine-in theater concept, the iPic chain has created the ultimate date night under one roof. Reserve your seats in advance for $15 or splurge on a VIP $25 ticket. As a VIP, you’ll be treated to what feels like a mini-living room: a generous reclining bucket seat with pillow, blanket and small table, as well as a wait-staff ready to serve you snacks, a meal and beverages to your liking. Alternatively, there’s a gourmet grab-and-go iPic Express counter in the lobby where everything is made to order. Or else indulge in a more leisurely pre-movie dinner at the acclaimed City Perch Kitchen and Bar, the destination restaurant within the complex. You can also enjoy a post-movie drink at the curated bar to debate the merits of the evening’s feature. Parking is free and accessible, underscoring the ease of the evening. In addition to the latest releases, iPic offers special evenings like Comedy Night or an Evening of Magic. You can also throw your own party with the iPic event planner, be it a birthday celebration, anniversary or corporate fundraiser.

Talk about a special evening, the Bergen Performing Arts Center, or BergenPAC, in Englewood, New Jersey, features international headliners in music, dance and comedy. Some recent performances included Sleeping Beauty, as performed by the Russian Ballet, Brahm’s First Symphony performed by the New Jersey Symphony Orchestra, Eddie Izzard and Boyz II Men. There’s even an interactive “Kidz Cabaret Series” for children to experience live theater up close. BergenPAC is also a nonprofit cultural and arts educational institution, welcoming students from the ages of 3 to 21, and offering an outreach program for special-needs children. Box office seats are available for reservations – or try your luck on the day of a performance. Just a quick drive from The Modern, it’s like having the best of Broadway and Lincoln Center in your backyard. 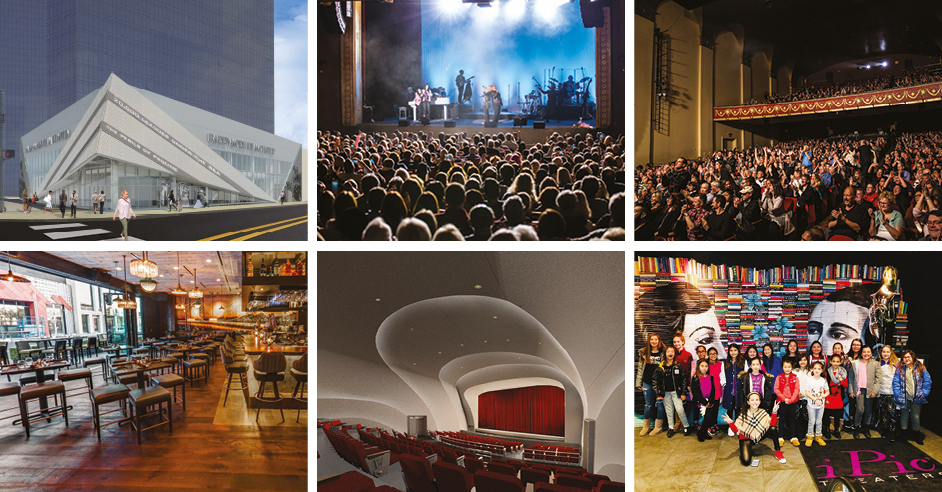 The Fort Lee Film Commission is dedicated to celebrating and preserving Fort Lee’s unique role as the first American film town. Not only does it host annual series of spring and fall films at Cliffhanger Film Festivals, it is about to open the much-anticipated Barrymore Film Center, a 250-seat cinema and Fort Lee Film Museum, devoted to carefully preserved and restored artifacts from the city’s film production past. Located on Main Street at the corner of Park Avenue, directly next to 100 Park Avenue, the site is rich in cinema history as this was where movie pioneers like D.W. Griffith shot many of the scenes for some of the most iconic early American films. Maurice Barrymore, father to John, Ethel and Lionel, was a Fort Lee resident and acclaimed Broadway thespian. He directed a play, A Man of the World, featuring an 18-year-old John to fund the building of the Coytesville Fire House on Washington Avenue, as well as the firefighter uniforms. The Barrymore children all went on to make their first films in Fort Lee. The Barrymore Film Center and Fort Lee Film Museum will be home to annual film festivals, retrospectives, and screenings of new independent films, as well as live stage programs to include students from the Fort Lee High School Drama Department and Film Program. Fort Lee’s cultural past, present and future will unite in this well-deserved showcase.

After an especially tough day or week, the thought of leaving home may be too much to bear, yet you’d still like to enjoy big-screen entertainment. Consider The Modern’s in-house screening room, with its rotating movies, documentaries and television series. Just an elevator ride from your apartment, feel free to come in your sweats and enjoy all the comforts of home. 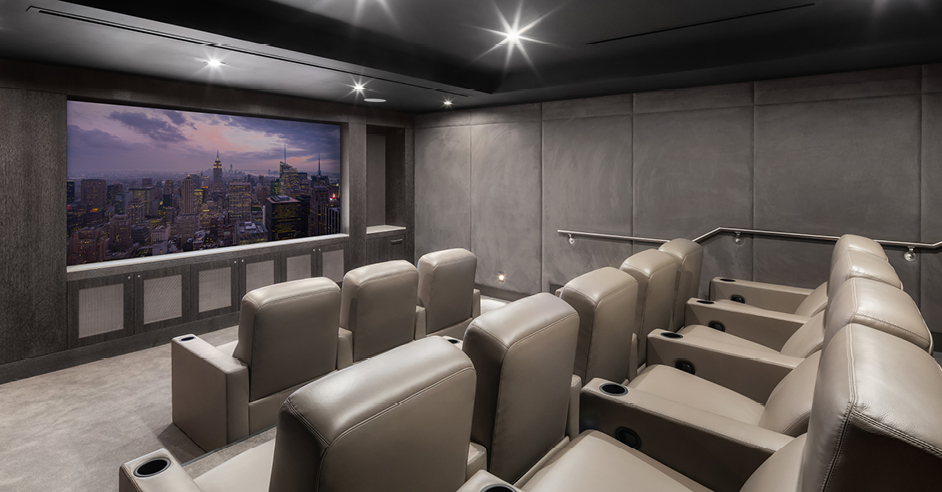